Sergio Trujillo is an internationally recognized choreographer and the recipient of the 2015 Olivier Award for Best Theatre Choreography for Memphis – The Musical and a 2016 Tony Award nominee for choreography in the Broadway Musical On Your Feet!

Sergio is also the recipient of the 2003 Ovation Award for Empire: A New American Musical, and five Dora Mavor Moore Award nominations in Canada.

In December 2012, Mr. Trujillo was distinguished as one of the Top 100 Colombians in the world by President Juan Manuel Santos. 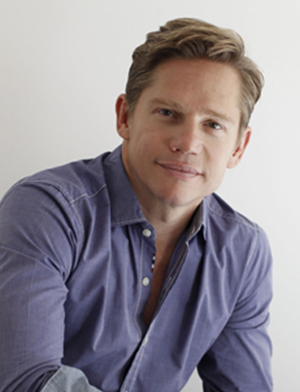 Born and raised in Massachusetts, Jack received his BFA from The Boston Conservatory. He began his career on stage in the national tour of the musical CATS. He made his Broadway debut in the original company of JEROME ROBBINS BROADWAY, played Mark in A CHORUS LINE, and opposite John Lithgow in SWEET SMELL OF SUCCESS. In addition to his New York stage work, he received the Los Angeles Drama Critics prize and a Drama-Logue Award as Best Actor for his starring role as Alan Strang in the Los Angeles production of EQUUS. He stared as Pip in the Utah Shake’s production of GREAT EXPECTATIONS as well as Mr. Charles Bingley, in PRIDE & PREJUDICE.

Jack is currently starring in the Canadian production of Broadway’s hit musical COME FROM AWAY. In January of 2017 he guest stared on “Shades Of Blue” opposite Ray Liotta, and shot the independent feature “Band Night” He is also pursuing his Masters Degree from NYU in Theatre Administration, graduating class of 2020.

He played “Mordred” in CAMELOT opposite Nathan Gunn at The Glimmerglass Festival, and recently shot the web pilot, IN PLAIN VIEW. He received rave reviews as Elliot in Two Point Oh, Jeff Jackson’s new play off Broadway at 59E59 in NYC, as well as narrating the Christopher Wheeldon Ballet, Carnival Of The Animals for NYCB.

In the motion picture arena, he has worked with Jonathan Mostow five times, most recently in the Bruce Willis action thriller “The Surrogates”, as well as “Breakdown”, “U-571”, the FOX Network’s pilot “Them”, and his cameo in “Terminator 3: Rise of the Machines”. Jack’s other feature film credits include the independent favorites, “Pretty Ugly People”, and “Phat Girlz”, as well as “Undercover Brother”,  “Poster Boy”, “Unconditional Love”, “Event Horizon”, “The Brady Bunch Movie”, “Barb Wire”, “Trigger Effect”, “Cecil B. DeMented”, “Alive”, and “Encino Man” his movie debut.

On television: the Hallmark-Hall- Of-Fame western “Aces ‘N’ Eights”, “ELVIS” opposite Jonathan Rhys Meyers, played Sissy Spacek’s son in “A Place For Annie,” and Anne Bancroft’s obsession in “Mrs. Cage.” Other television credits include: “Shades Of Blue”, “CSI”, “The District”, “Law & Order”, “Law & Order: SVU”, “Crossing Jordan”, and “Judging Amy” (four episodes). He also has the distinction of being the series lead on MTV’s first scripted series “Dead At 21.”

In March of 2016, Jack produced “Arrabal” at the Bi-Annual Ibero American Theatre Festival in Bogota, Colombia.

“Arrabal” made its North American premiere in Cambridge, Ma at American Repertory Theatre in April 2017.

He previously optioned and produced “Peter & I” by Matte O’Brien and Matt Vinson. Jack created, directed and produced three benefits under the Voices For Change banner at Ars Nova, for John Kerry’s presidential campaign.